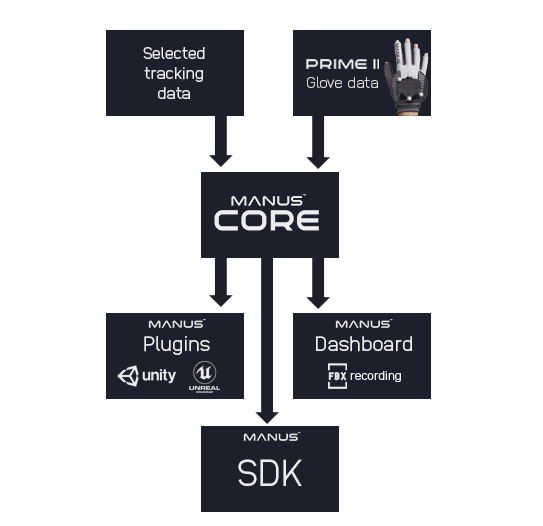 Manus Core Lifetime
Back to products
Next product

An allround wireless data glove that tracks individual fingers on two joints–it now supports full 11DOF on every finger. Quickly stream data directly into any desired software with the use of popular industry plugins. Prime II offers flexibility between projects, use either as a stand-alone data glove for robotics,
harness its Motion Capture capabilities to deliver high fidelity finger capture during animation projects, or easy-to-integrate VR glove ideal for simulation and virtual training.

Prime II Motion Capture Gloves
The Prime II gloves are specially developed for motion capture. An easy to set-up, portable solution with full 11-DOF supported on every finger. Allowing quick and precise data streaming directly into any desired software with the use of popular industry plugins. The gloves are immune to magnetic interference.

The Prime II gloves can also be used for Virtual Reality.

The Prime II gloves come with 12 months of hardware warranty and lifetime support.

Plugins for all major tools
To make use of the Prime II gloves, the user is required to have a valid Manus Core license.

Manus Core allows the user to have real-time finger data in all major tools: including MotionBuilder, Unreal Engine & Unity.

Stream finger data directly into MVN and its plugins, with the Prime II Xsens.

Capture finger data in FBX
With the click of a button, you can easily record finger data in Manus Dashboard, and directly export your recording as an FBX file.

Try some hand and finger sample data
All plugins and our C++ SDK are included with a Manus Core license.

Software Compatibility
The Prime II gloves are compatible with:

Xsens MVN: With the use of Prime II Xsens gloves.

Manus Core Manus Core, data-handling software. The central hub for all Manus products. Manus Core comes with free plugins for third-party software, which allows you to stream your data in realtime into your custom project in Unity, Unreal, MotionBuilder, or MVN Animate.
Add to wishlist
Read more
Quote
Quick view 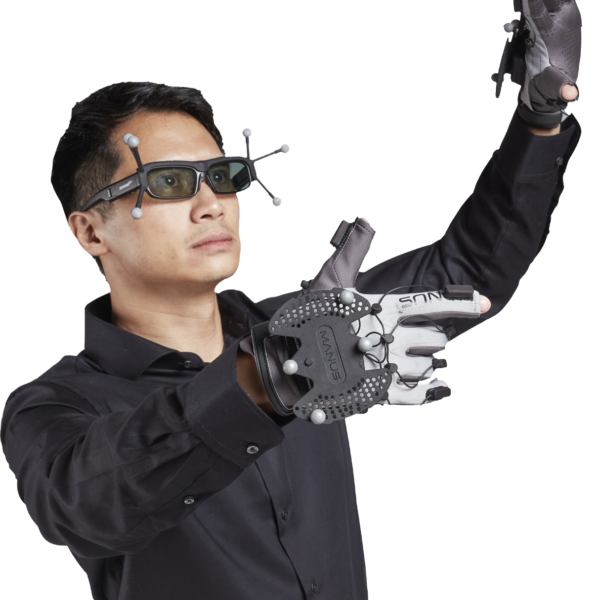 The Prime II ART is a data glove developed specially for ART tracking users. Directly integrate Manus finger tracking in your ART project with the use of the Prime II ART gloves. These gloves allow the user to prevent occlusion challenges during optical finger tracking. With the power of Manus Core, the ART positional data will be bundled with Manus finger data, streaming it our as a single stream. The Prime II ART gloves come with a perpetual license of Manus Core and are upgradeable with haptic feedback.
Add to wishlist
Read more
Quote
Quick view 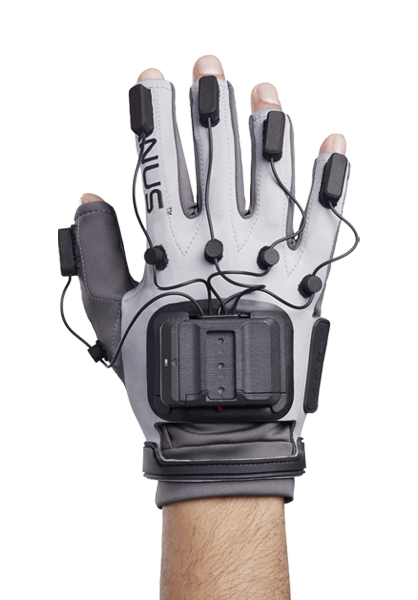 The Manus Prime II Haptic gloves are next-gen in cutting-edge haptic feedback technology. The sense of physical touch is not easily replicated, with the Prime II Haptic, precision is paramount to deliver intuitive and natural interactions with low latency between the user and virtual hands.
Add to wishlist
Read more
Quote
Quick view